Researchers Coming to Both the Islands of Nevis & St. Kitts

Researchers Coming to Both the Islands of Nevis & St. Kitts – Press Release – April 2012

Professor Robert E. Ricklefs, a world renowned Full Professor of Biology and Ornithology (author of 100’s of academic articles and books as well as the textbook Ecology, in its 4th edition), and a member of The National Academy of Sciences, will be coming to Nevis with a number of other research colleagues. They include Dr. Steve Latta of the National Avery in Pittsburgh, Pennsylvania, two PhD students from Brazil (Ms. Leticia Soares and Ms. Maria Pil), both from the laboratory of Professor Ricklefs, as well as Mark Michael Ludlow, PhD Candidate, University of Wales – Trinity Saint David, Wales, United Kingdom, who also resides part-time on the island of Nevis. From 8 April to 22 April, ornithological research will be done by specimen collection of blood samples from birds. This involves catching birds (c. 700 – one at a time) with fine ‘mist’ nets, measuring them, photographing them, taking a single micro-drop of blood, and immediately releasing them unharmed. The blood samples are to be taken back to the University of Missouri in the United States for various genetic and parasite studies. Professor Ricklefs has the proper permits from the Nevis Island Government issued through The Nevis Historical & Conservation Society (the Society) to capture and take blood samples and to bring those blood samples back into the USA.

Professor Ricklefs was originally contacted by Jim Johnson in 2008 about a Bullfinch that was photographed by Mrs. Molle of Nevis that might be a new species or new sub-species of bird possibly unique to Nevis (referred to on the Society’s Bio-Diversity website as the Nevis Bullfinch). This was all featured in an article in the NH&CS newsletter and is on the Society’s Bio-Diversity Website linked from the page on the “Extinct” Rodent Discovered on Nevis? Professor Ricklefs was not able at that time to conduct the expedition due to unexpected circumstances.

As a result of Jim Johnson’s death and the loss of his extraordinary memory and records, Mark Michael Ludlow of The Nevis Ornithological Society (The NOS), contacted Professor Ricklefs to see what if anything had come of it all, particularly since he too had seen and photographed this Bullfinch which Jim Johnson had referred to as the “Nevis Bullfinch”: It is larger, longer, darker, and has a bigger more robust bill than the Lesser Antillean Bullfinch species on St. Kitts. He recently had been given access to the bird collections at the Smithsonian Institution’s National Museum of Natural History in Washington, D.C. where he is undergoing some bird related training, and could not identify this larger variant of Loxigilla noctis coryi (Lesser Antillean Bullfinch) from their collection. Professor Ricklefs also wants to address the question of this ‘odd’ Bullfinch when he comes to Nevis. The possibilities are interesting for Nevis: Possibly an endemic species or endemic sub-species unique to Nevis which might enhance ecotourism, but DNA tests from the blood drop sample are the only way to go. We must be carefully not to get ahead of ourselves on this. These are only possibilities but everything starts somewhere. 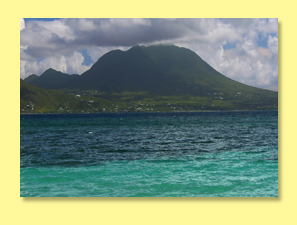 The Birds of Nevis 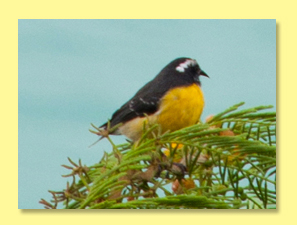 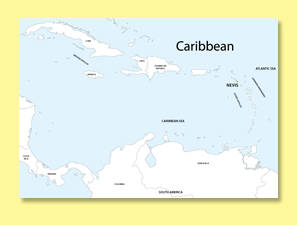